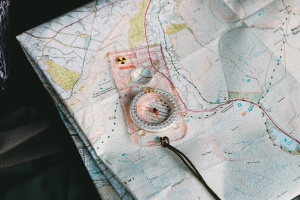 Growing up, I always had a plan. Every January, my parents would pull out the calendar and we would plan events, vacations, school obligations, and sports activities for the entire year. My summers were spent doing math and science workbooks, including SAT and ACT prep. Our family schedules were synchronized and carefully executed.

When the time came, I attended a great University only 20 minutes from Disneyland and 5 minutes from the beach—yet I never actually went to Disney and rarely frequented the beach. Instead, I spent my time doing homework, researching topics related to my major, practicing piano and serving on various academic leadership teams. By the time I received my B.A., I was full of energy and zest: I knew where I was going in life (straight to grad school), what I would accomplish with my degree, and how I would do it. I had complete control over my life…which finally became a problem for the first time.

In the fall of 2009, I drove to Dallas for grad school, ready to work on my M.A. and satisfied with my new job as a dorm pastor of a local college. Only 45 minutes outside my new home, I got a phone call from my new boss. She apologetically explained that my predecessor had decided not to move after all and, though regrettable, they had to retract my job offer. Within 10 minutes I became jobless, homeless, and hopeless. I had no money and realized for the first time that life couldn’t always be controlled by me.

I spent the first month of grad school sleeping on kind stranger’s couches. While this was a hard time in my life, it was also my greatest blessing. As I slowly started getting back on my feet, I learned that surrender didn’t mean giving God the excess or things I didn’t want to handle; it meant giving him authority over situations I desperately clung to and tried to control.

In 2011, my life flip-flopped again as God called my husband and I to Northern Asia for missions. We left our family and friends in 2012, without any church backing or fundraising, to a place we didn’t know.  While I didn’t have a plan, God always did. I’ll be honest: there were some times it was overwhelming to have an unknown future. However, I was learning to trust God and not myself. Our journey would lead us back to California and eventually Texas, where surprises still abound.

While I still make plans and try to live my life with excellence, I know that it no longer depends on my strength. For that I am grateful. I would have never picked Amarillo, Texas, to be the city of my dreams… yet in this season of life (and hopefully many more) that’s exactly what it is. After all, God knows me better than I know myself and He wants His people to rely on Him.

‘For I know the plans I have for you,’ declares the Lord, ‘plans to prosper you and not to harm you, plans to give you hope and a future.’

What area of control do you need to surrender today?