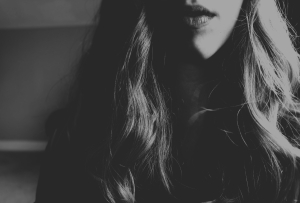 God has done so many wonderful things in my life, giving me many stories to tell of His goodness.  One story involves a battle that I have fought three different times in my life—chemical depression.  I have often had background skirmishes, but three times the battle has been more intense.

When I say they were major battles, I am not saying that flippantly.  Each episode had different degrees of symptoms but some overall themes were:  great anxiety, strange physical symptoms, total lack of hunger, inability to sleep, feeling hopeless (and you sure need hope in this!), and inability to concentrate.  My whole body would feel weird, and it seemed like I couldn’t remember feeling normal.

This particular story was during the worst episode which occurred after the birth of my first daughter in the form of post-partum depression.  I hardly even want to go there to explain how dark a time period that was, but that’s also when I saw God’s hand move in a miraculous way. When you have endured several months without sleeping, without much eating, and with no peace whatsoever it can wear on you in a big way, especially when caring for a baby.  We lived in Houston at the time, and my mom came to help me.

I remember crying out to God out of total desperation in my closet one day (yes, I sometimes pray in my actual closet).  The next Sunday at church I met someone during the greeting time named Sandy.  Our church was fairly large (a few thousand people), so I didn’t know everyone and I hadn’t remembered seeing her before.  I had to leave to go to the nursery to tend to my daughter which happened so often that everyone knew my number on the screen—0012 (which I still remember 20 years later).

While I was gone Sandy came to my mom and asked her if I was going through a hard time, and my mother briefly explained the situation.  Sandy replied that God had put it on her heart for several days to pray for a person named Karen who was going through great difficulty.  When we had met, she was very intrigued that my name was Karen and asked the Lord if I was the one she had been praying for which the Lord confirmed.  Through that encounter we talked more, and she relayed to me that the battle would end and it helped me get started on a different path.  It sure wasn’t immediate by any means, and many dark days were still ahead.

Yet, I cannot describe what comfort it was to me for the Lord to reach out to me in that way to let me know that He saw my pain, that He sent someone to pray for me, and He gave me hope that I would get past this battle.  He met me where I was! 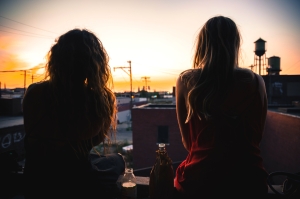 God is so great and loves us so much.  God not only helped me in this supernatural way, but He revealed to me some ways in the natural to combat the depression as well.  When I say depression, that can mean anxiety or depression or a combination.  I learned that they are two sides of one coin.  They both are the result of a serotonin deficiency, and your body and personality may just manifest them in different ways.

As for supernatural means to fight it, obviously, we should first seek God to show us what we in particular need to do.  Due to your brain feeling so muddled when chemically depressed, that may require the help of Godly friends (or a counselor) who will seek God with you.  Here are some supernatural weapons that I found to be effective for me:

As for natural weapons, medical research is making great strides in this area. (I grew up wanting to be a doctor, and I read these types of things because they are so interesting to me.)  Recently, research has pointed to inflammation in the body (or even an allergy to inflammation) as being a cause of depression, but there are many, many causes, and there are many effective natural ways to battle it:

One more word to the wise:  I found that everyone has an opinion about depression and anxiety.  Some will say it is only caused by hormones out of whack because that is what their experience has been.  Some will tell you that you are just not thinking right, and you just need to start thinking right.  Others may say that prescription medicine is the only way to go.

**Note: This is one person’s story, and not advice from a professional doctor. If you are in a place of depression, please contact the HCF offices for a list of trusted counseling resources (click here for Campus contact numbers).

3 thoughts on “My Struggle with Depression–and My Healing”